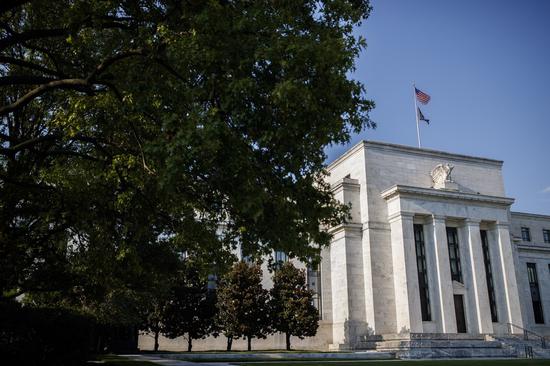 The U.S. economy grew modestly over the summer amid continued uncertainty about the pandemic and its negative effect on consumer and business activity, according to a Federal Reserve survey released on Wednesday.

"Economic activity increased among most Districts, but gains were generally modest and activity remained well below levels prior to the COVID-19 pandemic," said the Fed in its latest survey on economic conditions, known as the Beige Book, based on information collected from its 12 regional reserve banks through Aug. 24.

"Continued uncertainty and volatility related to the pandemic, and its negative effect on consumer and business activity, was a theme echoed across the country," the survey said.

The survey also showed that the labor market remained volatile, while employment increased overall among districts.

Amid fragile economic recovery from the pandemic, Fed Chairman Jerome Powell announced last week that the central bank will seek to achieve inflation that averages 2 percent over time, a new policy strategy that will likely keep interest rates near zero for years.

"In our forecast, the economy doesn't return to full employment until late 2023, which suggests that accurate short-term rates will be near zero for another three years," said Mark Zandi, chief economist of Moody's Analytics.