China market to open further to most competitive US companie 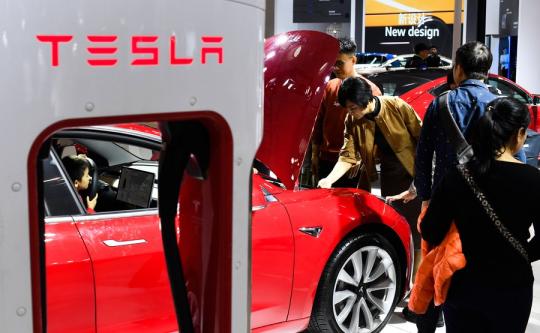 China's market will continue to open further for US companies in areas where the United States is most competitive such as energy, agriculture and finance, Chinese Ambassador to the United States Cui Tiankai has said.

"The answer is certainly yes," said Cui when former US Treasury Secretary Hank Paulson raised the question in a recent interview with the ambassador during the podcast program "Straight Talk with Hank Paulson."

"We're still making our best efforts to have further reform and opening-up. We will not give up. For American companies and other foreign companies operating in China, there will be better access, better opportunities and certainly greater predictability," said Cui.

For instance, he said, the new Foreign Investment Law took effect on Jan. 1 this year. "There is certainly better predictability for foreign investors, who will have better confidence in China. China still attracts a lot of foreign investment," Cui said.

Also last June, China came up with a master plan for the development of Hainan Free Trade Port. It's the first time in an official Chinese government document that the idea of "zero tariff" and "zero barrier" is used.

"Actually, we have opened our financial sector more in the last couple of years. We have removed some of the restrictions on foreign investment in the financial sector," he said.

"For many very good high-tech American companies, they're increasing their investment or their operation in China. Companies like Tesla are a good example because they see the market potential. They want to be part of China's economic growth. They want to contribute to it and they certainly want to benefit from it. So we welcome them all and will create a much better environment for foreign investment, better rule of law, etc.," he said.

As for the concept of self-reliance, the Chinese diplomat noted, there has always been self-reliance throughout the 70 years and more since the People's Republic of China was founded in 1949, including the four decades of reform and opening-up.

"In this regard, it's extremely unfair to say that China has become the second largest economy in the world just by taking advantage of others or even by stealing things from others," he said, calling it "extremely unfair" to the Chinese people.

"You know China and Chinese so well. We have very hard-working people, very creative people. And we understand, for such a big country, for 1.4 billion people, you must have the spirit of self-reliance to develop. Otherwise, you cannot have achieved development," he said.

"The self-reliance is always there, but it's not to close the doors. We will open our door even wider because our real aim is to give full play to the potential of the domestic market, to make the domestic market function more effectively and much better, so that the two cycles could really reinforce each other," he said.